My GEMx Elective Added Value to My Medical Career 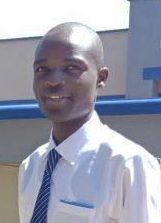 I was born around the mid-90s as a son to John Ochieng and Janet Ochieng at home in the middle of the night, with the assistance of a traditional midwife as the only complementary and alternative medicine provider on standby at that critical hour of my birth. My name, Odiwuor, means born at midnight.  I thank God that neither my mother nor I developed perinatal and post-natal complications because had my mother experienced any obstetrics complications, there would be either no ambulance or vehicle to rush us to the nearest health facility except for an old, poorly maintained wheelbarrow that could be easily accessed from the nearest neighbor.

This meant that I had to catch up with the immunizations the vaccines that I should have received at birth, at 6 weeks, at 10 weeks and at 14 weeks later on in the course of my infancy period. In the course of my neonatal period, my mother reports that she developed breast disease, which, after literature review and medical knowledge, I concluded could be either mastitis or breast abscess. I then had to be shifted from exclusive breastfeeding to completely cow milk and that was the end of me with breastfeeding at that tender age before the recommended six months period had elapsed. My parents could not afford the infant formula milk because we were wallowing in the mud and mire of poverty. 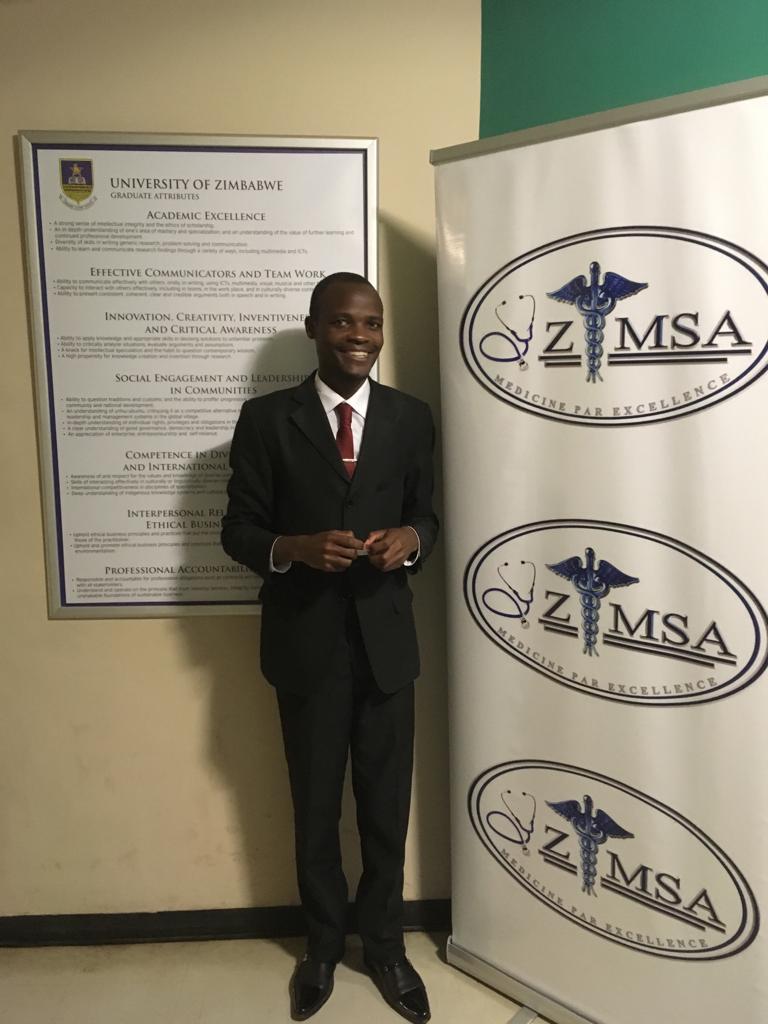 In our village, I had to put up with a life that meant learning how to live with malnutrition and, occasionally acute malnutrition and severe malaria due to lack of untreated mosquito nets. My passion to pursue a bachelors in medicine and  a bachelors in surgery course is being driven by these health concerns that I had to survive right from my perinatal period, the immunizations I did not receive according to schedule, the exclusive breastfeeding that I did not get a chance to enjoy, the malnutrition I suffered among other health risks that I faced.  I, therefore, acknowledge the Education Commission for Foreign Medical Graduates (ECFMG) for their Global Educational Exchange in Medicine and the health professions (GEMx) that sponsored my electives at the University of Zimbabwe College of Health Sciences, Parirenyatwa Hospital, that would help me realize my dream of giving back to the community as a doctor by addressing the health challenges that I faced.

It was in early 2017 as I was going about my normal academic obligations at the Jomo Kenyatta University of Agriculture and Technology (JKUAT) school of medicine as a fourth-year bachelor of medicine and bachelor of surgery (MBChB) student when, a bachelor of pharmacy student, whose lecturer is Dr. Karara, the JKUAT GEMx Coordinator, sent me a link about GEMx electives. It was my first time to hear about GEMx so I did not take it with a lot of seriousness that it deserved. After a period of contemplation, I decided to give it a trial. I opened a student account on the website and requested Dr. Karara to confirm my details and accept me in the system since she is the JKUAT GEMx Coordinator which, she did. I then proceeded to start my applications for elective. I applied to Kwame Nkrumah University of Ghana, the University of KwaZulu Natal and the University of Zimbabwe. My electives would be in August and September 2018. University of Zimbabwe College of health sciences accepted my applications after uploading all the requirements for the elective on the system and submitting my applications. 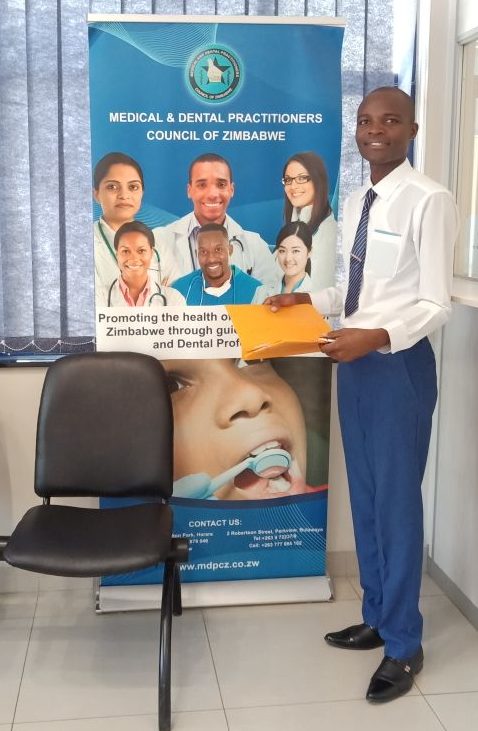 At the Medical and Dental Practitioners’ Council of Zimbabwe (MDPCZ)

I arrived in Zimbabwe on 20th of August 2018 at around midday and went straight to the University of Zimbabwe College of health sciences. To my amazement, the elective department had been waiting for me. After a few minutes of engagement and introduction, I was taken to the building at which I would be hosted for the 42-day period that I would be at Parirenyatwa Hospital for my elective. The awesome reception, the transport around the city and the orientation that I received from the elective department on the first day are among the many things I cannot fail to highlight in bold when talking about my elective experience. I did my clinical elective rotation in internal medicine. Among the things I learned were: The good attitude of the consultants towards both students and patients, the awesome reception by the nursing staff, the interactive sessions we had with the junior registered medical officers, the healthy discussions we had with the final year MBChB students, the vast medical knowledge that I gained during ward rounds and enjoyed the beautiful culture of the Shona community. Generally, it was such a life-changing experience for me. Moreover, I was also able to attend the Zimbabwe Medical Students’ Association (ZiMSA) annual general meeting and Dinner and the Family medicine conference at the University of Zimbabwe College of Health Sciences, Gellfand hall.

GEMx sponsored everything during my elective period. GEMx sponsored my accommodation, my upkeep, my flights to and from Zimbabwe and all other expenses. Special thanks to Mrs. Faith Nawagi, the GEMx Africa Coordinator for the constant counsel and help that she provided for me at every stage of my application, Mrs. Chuma Vunganayi, the elective coordinator at University of Zimbabwe College of Health Sciences and Dr. Monica Karara, the GEMx JKUAT coordinator. I also want to acknowledge and appreciate Dr. Reuben W. Thuo, the Dean school of medicine (SoMED) JKUAT, for the recommendation letters and the support he accorded me towards the application for my elective attachment.

Thank you GEMx, you have added a lot of value to my medical career.