New Blog By: Myles Dworkin medical student at Sidney Medical College at Thomas Jefferson University who has completed his elective at the Central University Teaching Hospital of Kigali (Rwanda) through GEMx

Rwanda is a small country located in eastern Africa covered by lush green forest and smoldering volcanoes. While the country is known as the land of a thousand hills, its capital, Kigali, might better be characterized as the city of a thousand opportunities. New businesses can be seen popping up on every corner and towering buildings appear as if constructed overnight. It represents one of the few places on earth where one can witness innovation in real-time. I have been lucky enough to work in Rwanda in various capacities for the past 5 years. When I became aware of the opportunity to formally study in Kigali at the Central University Teaching Hospital of Kigali (CHUK) through the GEMx partnership I immediately schedule my next trip.

One of the first things you notice when arriving at CHUK is the beauty of the surrounding areas. Kigali is constructed in the peaks and valleys of a series of large hills and you can see exactly what this means at the hospital. For those interested in studying at CHUK, the hospital is located close to the city center and there are several different housing 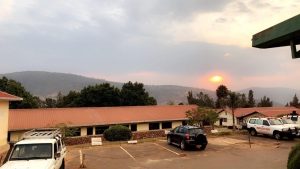 options. I had a few friends living in Kigali, so I arranged to stay with them, but Airbnb and limited international student housing are also available. My colleagues at the hospital quickly made me feel welcomed and provided all the information I would need regarding where to stay and how to get around. On the first day, several of them accompanied me to the nearest market to ensure that I could get my phone and data plan set up. I cannot speak highly enough of my fellow students. Their hospitality and willingness to support me while dedicated to the rigors of medical school were fundamental to my experience and I look forward to the day when I can repay the favor.

My greatest passion and academic area of interest is surgery, specifically in resource-limited environments. As such, I arranged to spend 6 weeks working with the orthopedic surgery department at CHUK. While the international effects concerning communicable diseases have received attention in the past, the burden of surgical disease has only recently been identified as a growing public health crisis. A 2015 study performed by the Lancet Commission identified many of the areas of greatest need for improved surgical capacity to be located within low- and middle-income countries such as Rwanda. As a student pursuing a career in global surgery, I found CHUK to be the ideal place to study the intersection of surgery and public health. 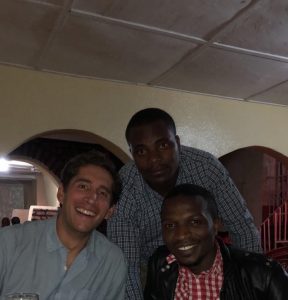 Orthopedics is a dedicated specialty is still relatively new in Rwanda as they have only recently graduated their first residency class. This provided me the opportunity to spend time with the residents and medical students in their dedicated orthopedic curriculum. Each day we would meet at 7 am for the morning conference. During this time, we would present new patients from the previous day and review approaches for upcoming cases. This was followed by a lecture by a student or resident on a relevant orthopedic topic. We would round on the orthopedic ward around 8:30 am before heading to the operating theater where we would spend the rest of the day. We would typically perform between 5-10 procedures per day with trips to the emergency room to consult new patients or lectures by attending physicians between cases.

Orthopedic trauma is a significant contributor to the burden of disease in the country, so the primary area of focus was on traumatology. This was ideal for a young student interested in surgery as it allowed for an in-depth review and exposure to anatomic relationships. I was especially interested to learn the similarities and differences in approach to care between CHUK, which is the primary trauma center in the country, and orthopedic trauma care in the US. I was comforted to find many similar protocols and procedures and was fascinated by the ingenuity and problem-solving ability of the Rwandan residents and surgeons I worked with. Despite well-documented resource limitations, they found a way to provide the best possible care to their patients allowing them to return to their friends and family. I was inspired by the compassion and work ethic of these physicians and hope to be able to obtain the education and training need to join them. I was exposed to a wide range of orthopedic trauma and learned an incredible amount in my short time at CHUK. 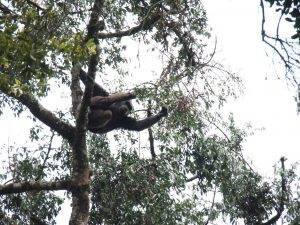 Despite the busy schedule at the hospital, I was able to take some time to see Kigali and the surrounding countryside. Kigali is a great city with an up and coming arts scene and great restaurants. As I have mentioned, I have been working in Rwanda for the past 5 years, so I have been to many beautiful places. This includes monkey trekking in Nyungwe Forest, safaris in Akagera National Park, and relaxing beach vacations on Lake Kivu. Unfortunately, I have not had a chance to see Rwanda’s world-famous gorilla population in Volcanoes National Park, but I guess I’ll just have to return for another trip and another opportunity.