Blog By: Mostafa Sedky medical student from Ain Shams Univerity who has completed his elective at eye-caching American University in Beirut, Lebanon through GEMx

I went through an elective for one month at the eye-catching American University in Beirut. As it was one of my lifetime dreams to go there, GEMX provided great chance for me to apply for an elective and visit the place. Despite facing some difficulties to arrange for my travel, I used all my efforts and made it there. The amazing historical campus with the unique seafront view was fully equipped with a state-of-the-art entertainment, medical, surgical and educational equipment’s, which all added to the unforgettable learning experience. 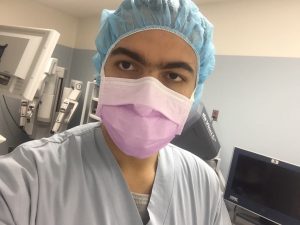 One of my dreams that was also fulfilled was to learn more information about robotic surgery with the Da Vinci robot that was at the university and which is now the talk of the town in all the surgical fields. I had an opportunity to meet some kind and famous Lebanese professors and surgeons and learn from them about every single incision and suture while attending in the OR during my elective in the Department of General Surgery. I received a hands-on laparoscopy and suturing workshops on a simulator to add to the excitingly thrilling experience.

The administration has provided me with full access to the medical library which had a separate huge building with calm and encouraging weather and the latest medical news and information to indulge your knowledge with as well as a high-speed internet connection with subscriptions to open a lot of scientific databases and journals. I also had access to the student activity center which had a private beach, warm indoor swimming pool with an A/C surrounding as I was there during cold winter as well as an amazing Gym and an indoor basketball court. There were a lot of other courts like a stadium for football and tennis and volley courts but the basketball one was my favorite. 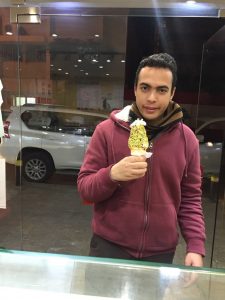 To add to the experience, l spent the weekends exploring this amazing country Lebanon from the far north in Tripoli visiting Faraya, Jetta, Junia, Byblos, Dora to Beirut then reaching to the south visiting EL Shouf, Beit el-Din, Deir El Kamar, Saida, Tyre to Baalbek. It was the first time in my life I built a snowman and went skiing then go to the beach on the same day. I spent some quality time talking to my new Lebanese friends and taking photos that make me perpetually happy whenever I remember them. It’s undeniable that this elective experience has called upon my untapped reservoir of tenacity, perseverance, fortitude, curiosity, and willingness to learn. It has opened the gates for me to believe more in my dreams and turned some of them into precious memories. Tags: Eye-catching American University, GEMx