A message to the SAN network 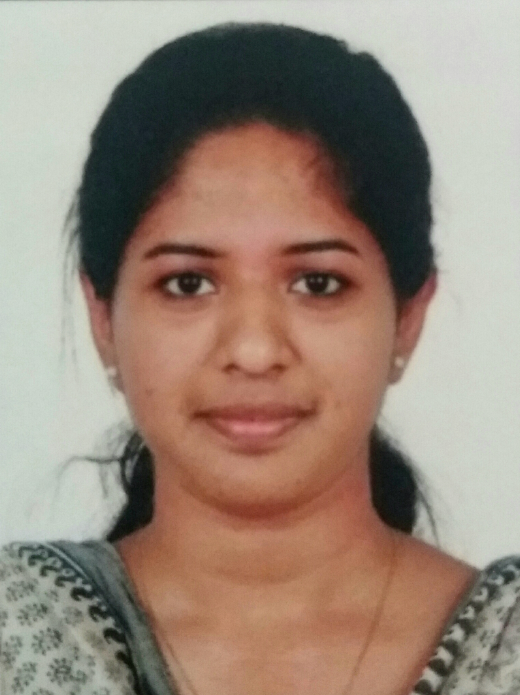 This is Dr. Rhea Anna Kurian, from MOSC Medical College, Kolenchery, Kerala, India and a proud member of the GEMx SAN. For a medical student like me who belongs to a medical school in a rural area of India, the opportunities that GEMx had provided were probably the best I could get as an undergraduate.  Of all that GEMx has offered me as an ambassador, my student elective in Israel is the most important and memorable one. I was blessed to have had a chance to spend one month (November- December) in the Internal Medicine department of Soroka Medical Centre, Beersheva, Israel under Ben Gurion University of the Negev. 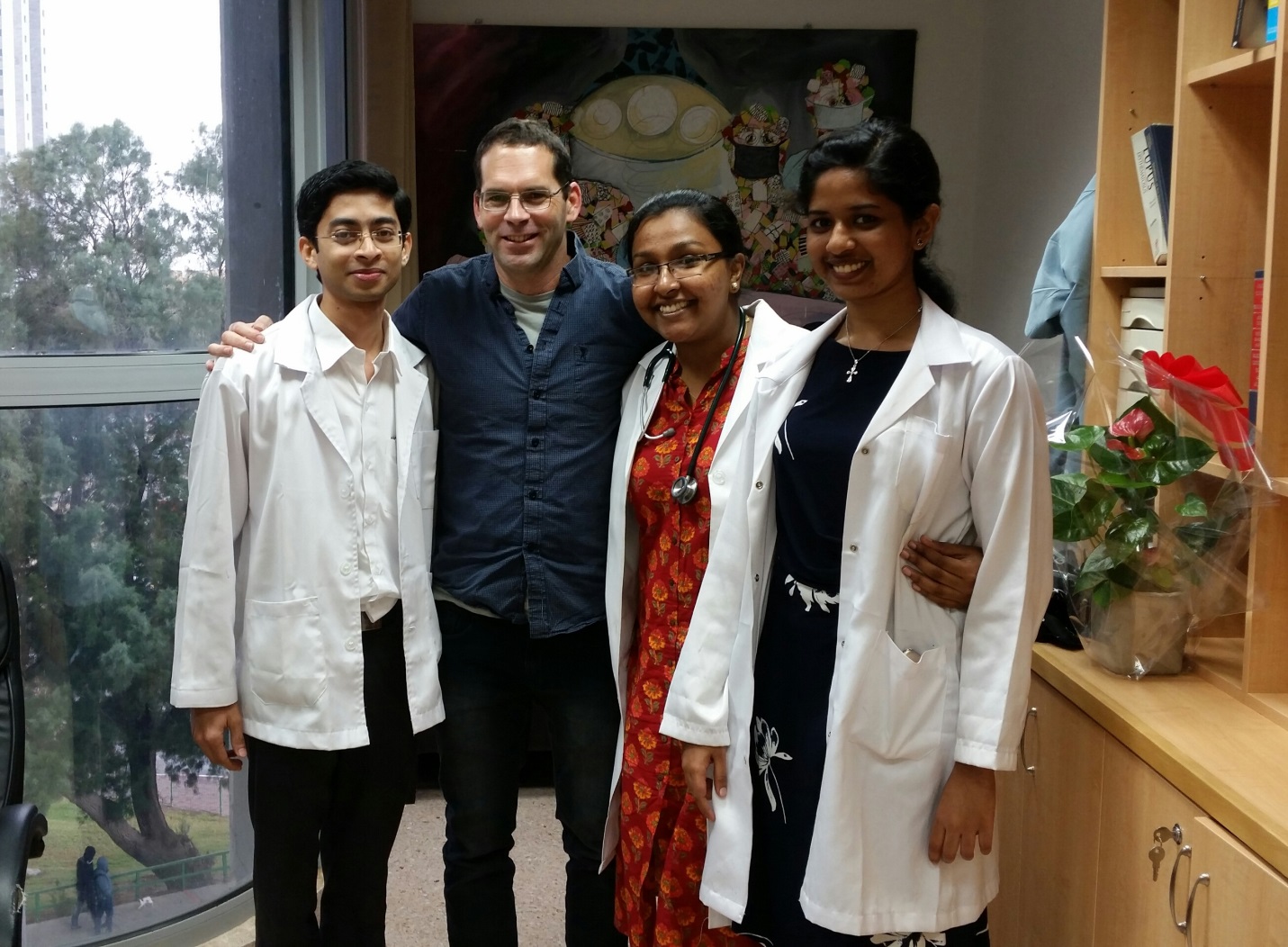 All three of us who did the elective together were guided well by the Gemx officials and the Gemx representatives at Ben Gurion and of course by our Gemx coordinator, Dr.Anna Mathew. We were allocated the best unit of internal medicine at Soroka, Pnimit Gimmel. Dr. Lior Zeller, the Head of the department, other doctors, residents, interns, students and the nursing staff were very helpful. Although we could not understand the language (Hebrew and Arabic), everyone in the department made sure that they translate it to us and make us understand, through all the ward rounds, meetings, and lectures.

It was also a great opportunity for us to know about the patient population, health conditions and medical practices in Israel and to understand how different it is from our country. The computerized documentation at the hospital was very new to us as we still use papers for documentation in our home country. We got to observe many procedures done in the ward. We also attended the rheumatology OPD of Dr. Lior which was conducted once a week. 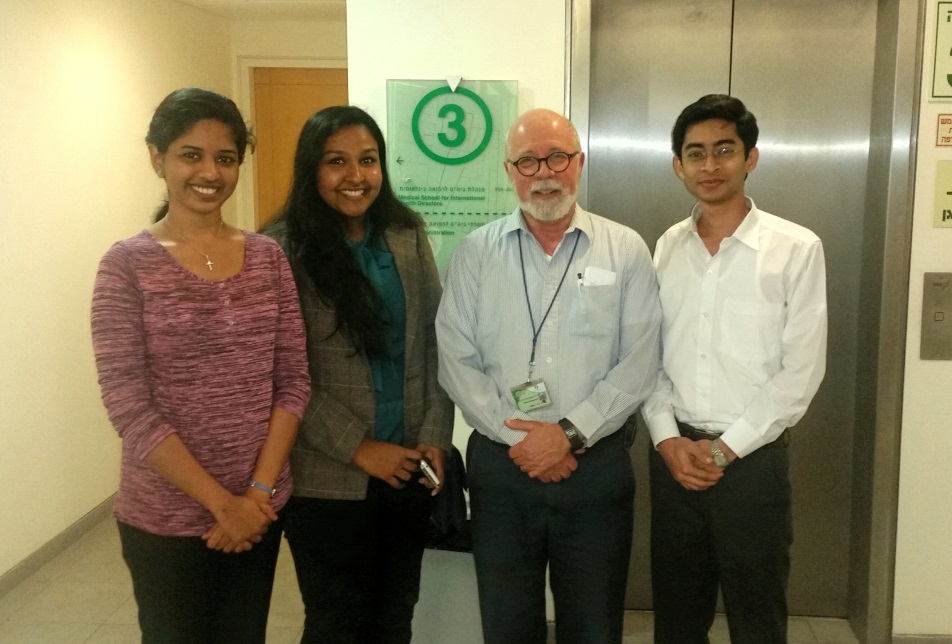 With Dr. Mark Clarfield, (Director of Medical School for International Health at Ben-Gurion and a member of the GEMx advisory committee)

We were lucky to meet Dr. Mark Clarfield, (Director of Medical School for International Health at Ben-Gurion and a member of the GEMx advisory committee) and to spend an evening with him. Of course, student exchange programs are not just about spending time in the hospital premises. It is also about exploring the country you are in. We had the opportunity to visit a few places in Israel, like the Old City of Jerusalem, The Dead Sea, Haifa etc. 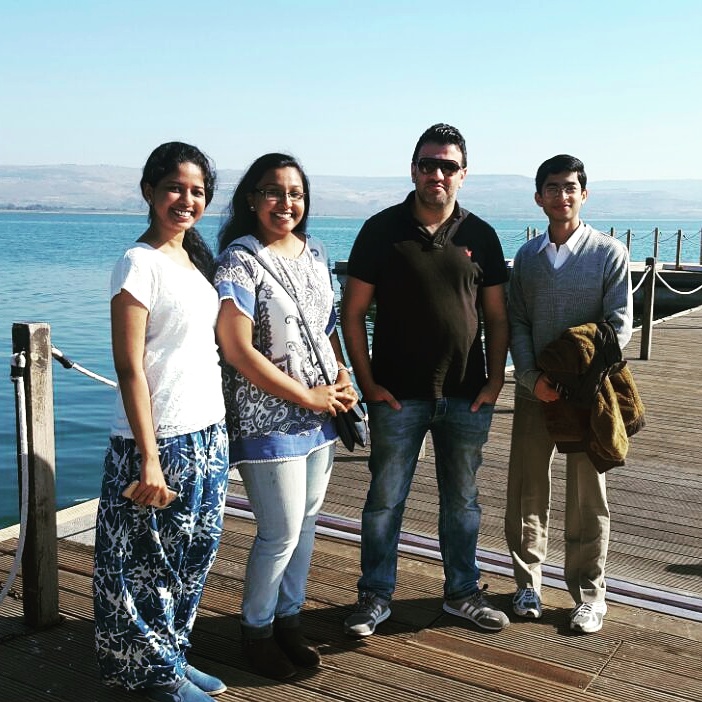 As a whole, those 30 days in Israel gave me the best memories I would cherish forever. It definitely gave us a peek into what global medicine is about and that is something a medical student would definitely benefit from. If you get an opportunity to take up an elective, never ever lose it. It is definitely worth a try!