On 10th Nov. 2016, I embarked on an amazing and rewarding journey to Mexico City alongside five other undergraduates of my University and the Dean of my Faculty( our GEMx Manager). The trip took a whole week. We had earlier been invited to participate in the 3rd International Context of Medical Knowledge(CICoM 2016) organized by Facultad de Medicina of the Universidad Nacional Autónoma de Mexico that had representatives from over thirty Universities all over the world in attendance. Countries represented included Netherlands, Colombia, Chile, Nigeria, and Mexico, meaning we were the only African nation invited for this competition.

This blog post will address different aspects of my trip to Mexico. 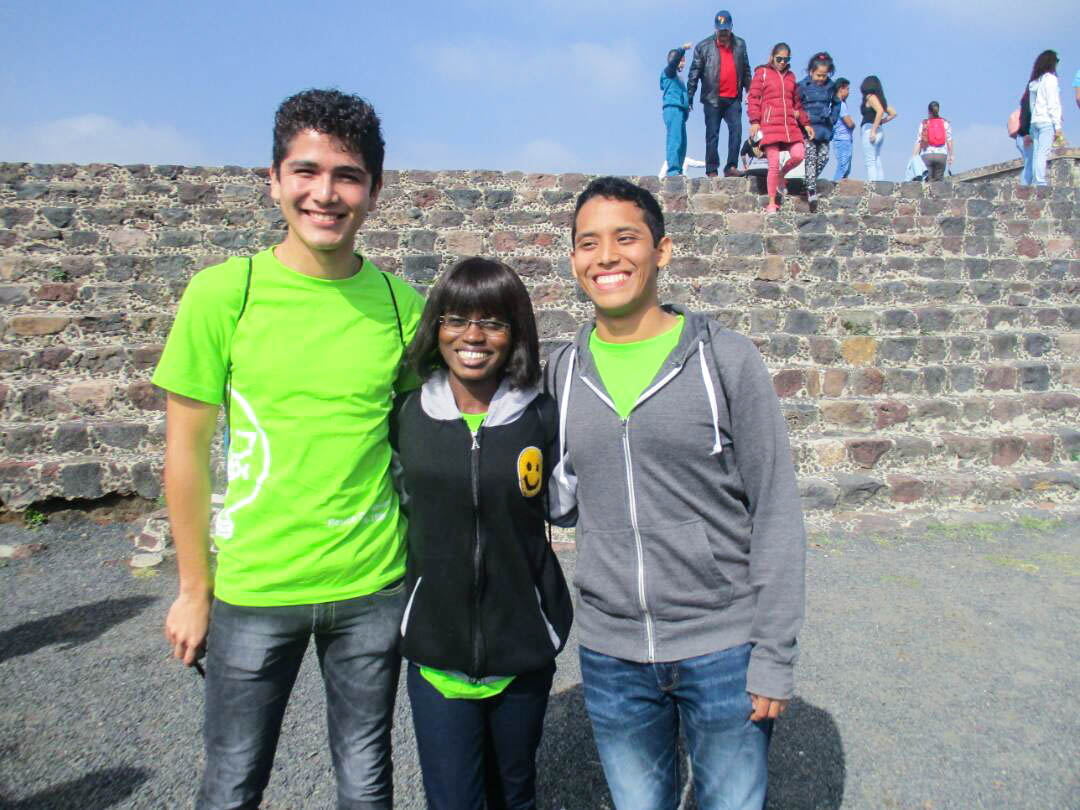 Aarinola Blessing with her two colleagues

Being in Mexico for the first time

We were cheerfully received at the Benito Juarez Airport by Angelica Lopez who drove us to Brenda’s house. Brenda(the Co-ordinator) and her sister were so excited to meet us and made our first night in Mexico memorable. We met Pablo Perea the next day who happened to be our tour guide and also a GEMx Student Ambassador. Pablo was a very friendly, interesting and versatile person. He obviously knew a lot about the history of his Country, an attribute of his I particularly found worthy of emulation and which no doubt greatly facilitated his role as a student Ambassador. We felt so much at home being in the company of homely people. Mexicans say” Mi casa es su casa meaning “my home is your home”. The language, of course, was intriguing to me. I taught Pablo a little of my native language, Yoruba like ”Padi mi” meaning “my guy” which he calls me anytime we chat and he also taught me some Spanish of course like “Hola”,”Buenos” and “Bien”. The rest were written on my notepad for reference in case I needed to speak Spanish during the trip. I indeed struggled with the food in Mexico being considerably new to my taste and suffice to say that Mexicans are proud of their famous tacos and can talk you into eating different servings of it with them while they also constantly keep asking what you think about it. I did try some dishes like the Mexican rice, chicken, and chips because they weren’t entirely new as other dishes in their cuisines. We would joke with them that they had cheese in every food like eating cheese in cheese. The worth of commendation is that the Mexico flag was almost everywhere we went to. 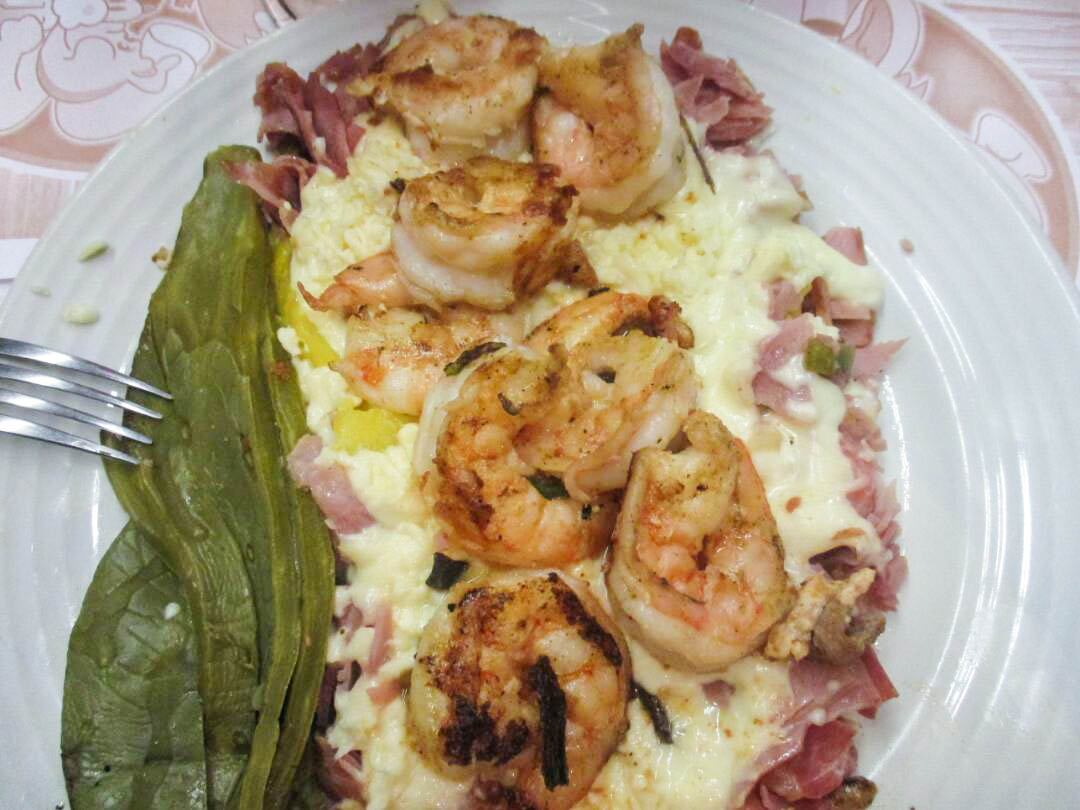 The first two days were set aside for cultural exchange during which we visited the Teotihuacan, the Palace of Medicine, Palace of Arts, the Downtown and the Latin American Tower. We were grouped into different groups which also afforded us the opportunity to interact with other students during the tour with Pablo as the tour guide of my group. On the 3rd day, Justin Seeling and Anna Iacone were around to talk about GEMx and I was opportune to meet them. Pablo and Fuen also made their wonderful presentations that same day.

The competition was no doubt eye-opening for me, the other students from my University and our Dean. Even though our aim to win wasn’t fulfilled but we were fulfilled having attended because we planned to win the contest. We were exposed to what investigations some countries consider as the first line and different guidelines employed in treating patients. I found the interaction and brainstorming in the same room with students from different countries fun. While interacting with Benjamin from Chile, I got to know that Chagas disease which I had only read in textbooks without a full grasp of it was endemic in his Country. He took time to expatiate the details of the disease. I also lectured him on Malaria and its complications which is no doubt the most endemic illness in Nigeria and most of the remaining countries in the tropics. Also, we participated in different workshops during our stay. I participated in the basic surgical workshop where I was taught basic surgical skills, the use of which I employed during my first basic surgical skills class when I was back in Nigeria and of course I was faster than some of my colleagues because I had done it before. On the last day of the competition, we were dressed in our native attires. Everyone was so excited to see us in our outfits, that we almost got tired of taking pictures at some point. We also had souvenirs from other countries like the Dutch candies from the Netherlands and the Colombia coffee. We were also taken on a tour around the University where there was a story to tell about how each building was built. The party held after the event was of course fun during which I learned to do the Salsa dance.  It was largely an exciting outing that leaves so much to be remembered about. 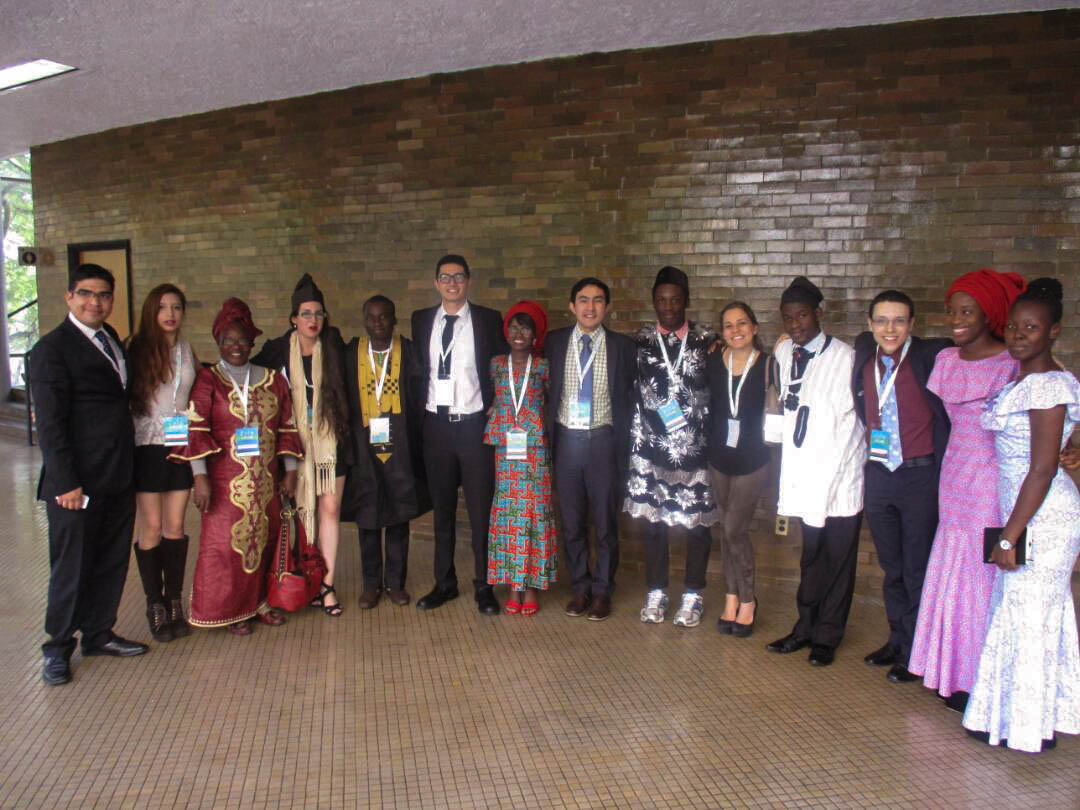 Everyone in their cultural attire.

My group in the company of guys from the Netherlands with Pablo as our guide visited the National History Museum, Chapultepec on our departure day.  We finally took off from Mexico to start our 23-hour long trip back to Nigeria on the 19th Nov 2016.

Attending CICoM 2016 was a major milestone for me in different areas of life with so many lessons gleaned from it. For instance, in terms of the exposure, knowledge of medicine, life, relationship with people, getting things done even when they look challenging and sharpening my leadership and communication skills. I will always treasure every moment and every friendship made.

Thank you for the opportunity to share my experience!